THE FEAST OF TRUMPETS 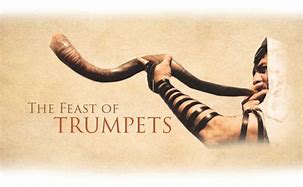 THE FEAST OF TRUMPETS

How does this affect us, today, at Living Word Tabernacle? It doesn't. And yet there is something here for us to understand.

THE SIXTH TRUMPET AND THE SIXTH SEAL

Rev 9:13-21 compares with the sixth seal, the tribulation seal. These things do not run in chronological order in Revelation. The trumpets sounded to bring Israel back to the Homeland. Persecution drove them back.

We see the loosing of two hundred million supernatural horseman - having been bound in the river Euphrates - unable to get across (during the church ages). Devils of persecution held back by religious systems.

It was a pagan Roman spirit of persecution, that killed the early Christians, killed them in the dark ages, and the same spirit nationally to the Jews, starting with Mussolini and Hitler.

Calling the Jews to the Homeland to receive the Atonement. "The tender hand of Jehovah." - WMB

Now, turn loose in a ecclesiastical form, Rome bringing all Churches together for the slaughter - Armageddon.

Not let loose on the Bride (William Branham seem to saw that), read the rest of what Bro. Branham said in "Feast of Trumpets". The Bride is called out by the Word, the evening time message loosed the Holy Ghost to her. That is the Brides revival.

Calls the Bride together for the Rapture, resurrection and the marriage supper.  She will come riding on white horses in Rev 19.

The anti-Christ comes in with cunningness and flatteries. Bringing the Protestant and Rome together, bringing them to the slaughter. Loosed in this ecclesiastical church spirit. So close it could deceive the Elect, but it is not possible. So close to the real, that only the Word makes the difference.

When the persecutions starts, the Bride will go up. The Lamb will take his bride to be ever at his side.

"The Bride will not go through that time. The Bible says not. The church will, but not the Bride. Can't you see? Ministers, can't you see that, brethren? You say, 'The Church has to go through the persecution, for the perfection of It.' The Blood of Jesus Christ perfects the Bride." - WMB

The Jews called by the Trumpets to the Atonement, a time of morning, because of the Christ they rejected. The Two witness bring the Jews (144,000) to the Atonement with might signs and wonders. That is the revival the Pentecostal group is trying to work up.  They are looking for great supernatural happenings. That goes to Israel. The Gentile revival is over.

"Remember, when Jesus came on the earth, there wasn't one-hundredth of the people on the earth ever knowed He was here. He come to get that elected group. Said, 'No man can come to Me except My Father has drawed him.'" WMB

The Bride is called by the Word, she goes home to be with Jesus before the Tribulation comes.