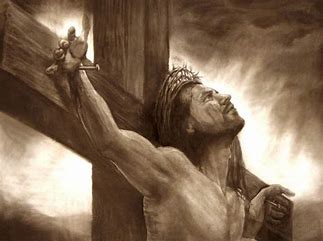 WHY DID THEY CRUCIFY HIM?

Three times Jesus was declared incent of the charges brought against Him. To the Jew two or three was a witness that something was right or wrong. The Jewish religious leaders had accused the Lamb of God, of things He never said for envy, which was to do Him harm.

First, when Judas seen what was happening, he declared publicly to all that were present; “I have sinned in that I have betrayed the INNOCENT blood.”

Next, Pilate’s wife sent word to him, while preparing to pass judgment on Jesus; “Have thou nothing to do with that JUST man: for I have suffered many things this day in a dream because of him.”

Final, Pilate the Roman Governor, setting in judgement of Christ, having the authority and duty to correctly judge the guilt or innocence of the accused; “…took water, and washed his hands before the multitude, saying, I am innocent of the blood of this JUST person: see ye to it.”

Jesus Christ was three times declare innocent and paid the price of judgement of that which He was not guilty of and was crucified.

He had to be judged a perfect Lamb before his crucifixion. Thus, fulfilling the Old Testament types, the sacrificial lamb that was offered for the sins of the people. Jesus Christ’s judgment was our judgment, passed upon my sins and yours, of which He was found guilty. Paying the price for our eternal redemption, we are, and were, guilty, and now we are declared “righteous” before the great tribunal of God’s wrath and hatred for sin.

What an encouraging thought to live by, as a Christian Believer.