IS JUDGMENT COMING TO THE CHURCH? 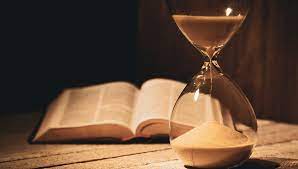 IS JUDGMENT COMING TO THE CHURCH?

Ezekiel 9 is a startling prophecy. The nation of Israel was about to be destroyed. This was the most religious people on the planet, at the most religious city and with the greatest and holiest Temple. The Glory of God had was gone up from the Holy Place to the threshold of the house of God. It would soon leave to the mountains around Jerusalem and not return until Christ would come to the Temple.

Only those that were marked with the seal of God would be spared. This is prophesy fulfilled hundreds of years ago to a people that were religious but rejected the seal of God. The same is prophesied today, a judgment of death and also a sealing time by the true Baptism of the Holy Ghost. As it was then so today, the judgment will begin in the most holy place, those that call themselves the most holy people and most spiritual church.  Only those that sigh and cry because of the abominations in the land will be sealed from judgment.

WHAT ARE THE CONDTIONS FOR THE JUDGEMENT AND WHO WILL BE SPARED?

It will be a day when the church is more interested in how big they can be, adding numbers apart from spiritual truth, manipulating people to the altar, with more emphases on getting a emotional response than a real burden for lost souls.

"Ezekiel 9, we know that's Truth. The marking angel went forth and put a Mark on their head, forehead, sealed them, 'Them that sighed and cried.' After that come the slaughtering angels from the four corners of the earth, which is coming right away, we see it coming, wars moving right in that'll kill the whole earth off. There was nothing that they could touch of them that had the Mark. Is your heart so concerned about the sinners, and the way that the church and the people are doing, till you can sigh and cry about it day and night? If not so, I'm wondering. That's the Scripture."

This was the subject preached Wednesday night at LWT - titled "The Mission Field, the Home."  Available for viewing at the end of this post.