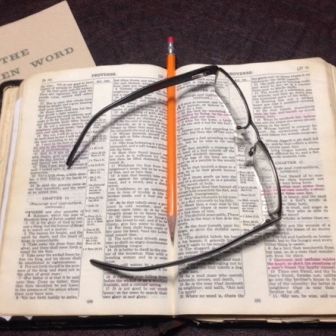 Do we follow man? Is it Biblical to follow man? The short answer is "no" we do not follow man and it is not Biblical, it is denominational.

The Apostle Paul wrote to the Corinthian church, "be followers of me." To follow in this Scripture, means to be "imitators of me." That was not to be a cheap imitation of the Apostle in a carnal way. We imitate the way someone walks, talks, preaches and how they dress, etc. - those things are carnal impersonations.

Paul was saying in 1 Cor 4:16 and 11:1 to pattern yourselves after my EXAMPLE in following Christ.

The Corinthians were guilty of making a man their leader, they all declared their favorite preacher. Why was it their favorite? It obviously was for the wrong reasons. They thought, because they followed this man it made them more spiritual than the others. The Apostle Paul said it made them carnal. In fact, he included those that said that about Him, and he was the Prophet Messenger of that day.

1 Cor 3:3 For ye are yet carnal: for whereas there is among you envying, and strife, and divisions, are ye not carnal , and walk as men? 4 For while one saith, I am of Paul; and another, I am of Apollos; are ye not carnal ? 5 Who then is Paul, and who is Apollos, but ministers by whom ye believed, even as the Lord gave to every man? 6 I have planted, Apollos watered; but God gave the increase. 7 So then neither is he that planteth any thing, neither he that watereth; but God that giveth the increase.

Our Prophet Messenger said it like this (God's Only Provided Place of Worship); "The very hour that you mention denomination among you, I don't care how sincere you are, take man for your leader instead of the Holy Spirit to confirm this Word, that's the hour you die!"

UNQUOTE: Have we in become just another denominations, called "Message."

William Branham went on to say in the above sermon in regards to denominating this Message: "The genuine Seed cannot, because there's nothing left after the seed, it's the same thing was back at the beginning. It's the Bride that fell into the ground to bring forth the corn of wheat again."

This was the subject in our Wednesday night service titled "Do We Follow Man" ARCHIVED BELOW THIS WRITING.